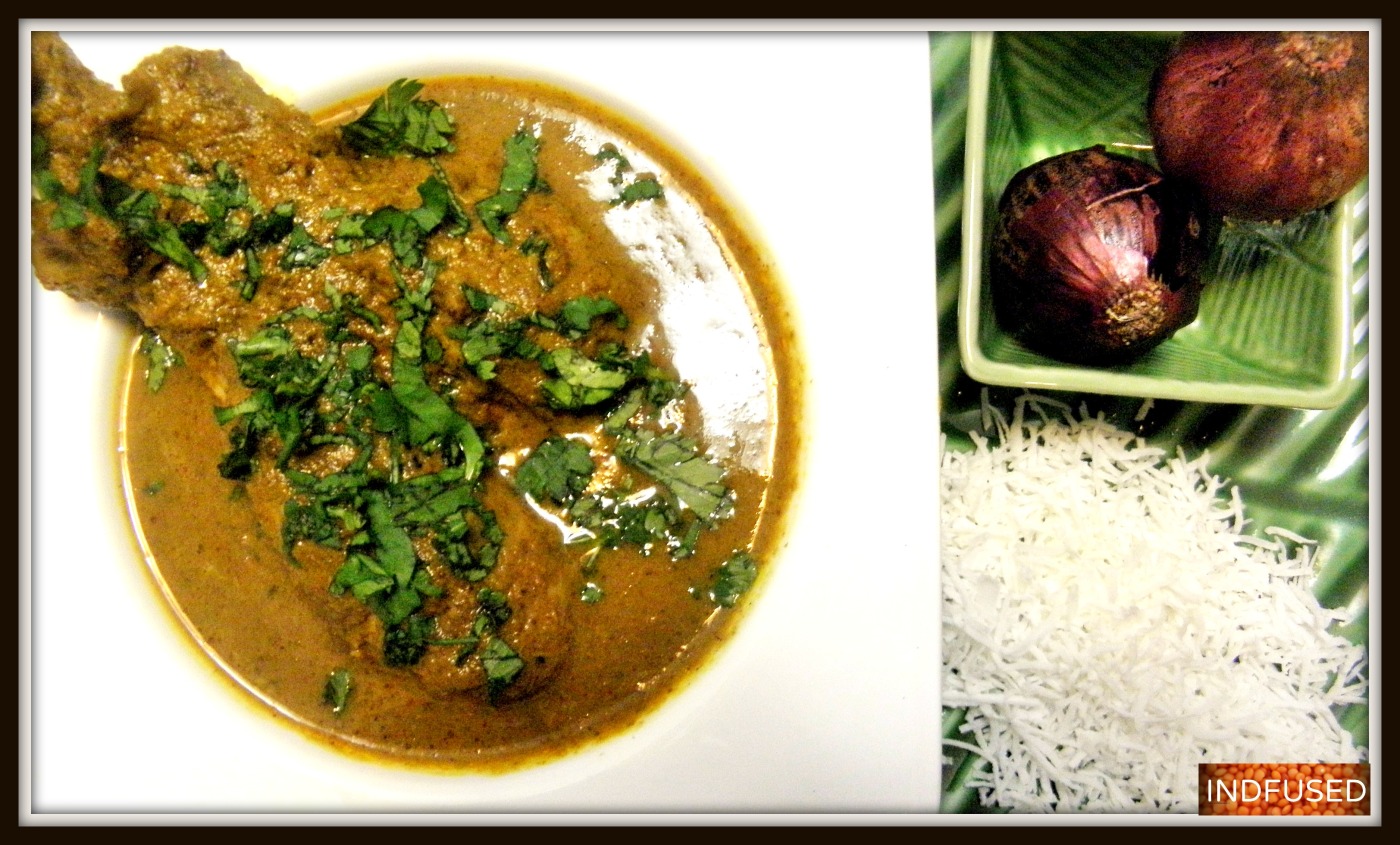 This  recipe from the coastal town of Malvan in the Konkan region of India is all the rage these days!

Malvani cuisine has become quite the rage in India in recent years. I wonder what took people so long to discover this distinctive cuisine! I grew up with Malvani cuisine because my ancestors come from the Malvan Vengurla region of India. These scenic coastal towns are well known for their white sand beaches, their coconut groves and of course the fish.

Of course, this is a recipe I had learned from my mother! Watching her roast the masala mixture just so that the dry grated coconut and the sliced onion is golden, the aroma as the freshly roasted spices were ground with the coconut mixture and me sneaking in to sample the warm, delicious and fragrant masala is a vivid memory for me. I try my best to emulate her but know that I have a long way to go.

The same thing goes for my writing skills. My dad has a gift for writing and I want to learn the skill of writing as well. Remember how I told you that he would write all my speeches when I was little? All I did was memorize and recite them 🙂 Yesterday was my Dad’s birthday.  His favorite dish is the Malvani kheema which is made by using the same masala. Being thousands of miles away from him I could not make it for him. I missed him as I made the masala to make chicken instead of the kheema as  we were shut in during a snow blizzard in the Boston area.

The Malvani Chicken curry warmed us as we watched the snow fall  and blow outside the window!

To make the  Malvani chicken-

I hope you enjoy this heirloom recipe as much as I do!

Follow Indian and Indian Fusion Cooking in America on WordPress.com